DHPA’s fall board meeting was a testament to our growth over the past two years and the dedication of our members to preserving and promoting patient access to high-quality, cost-efficient and integrated care furnished in independent GI practices.
Learn More >>

DHPA filed comments in response to the Outpatient Prospective Payment System (OPPS) Proposed Rule for Calendar Year 2017 issued by CMS. DHPA’s comments focused on steps that CMS has proposed to implement the site neutrality provisions of the Bipartisan Budget Act of 2015. Those provisions limit new hospital off-campus provider-based departments from billing at higher costs under the OPPS. Learn More >>

Check out our lists: See what policymakers, media and other stakeholders are saying on Twitter

Stay connected: see what other DHPA members are saying on Twitter

See what influental GI and healthcare media are tweeting about

ICYMI: DHPA infographics are available on the website to print and use at your convenience.

Infographic on Modernizing the Stark Law 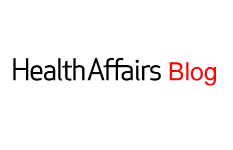 A breakdown of CMS data finds differences in performance and quality among ACOs, but smaller and physician-led ACOs performed better than larger groups. Read More >>